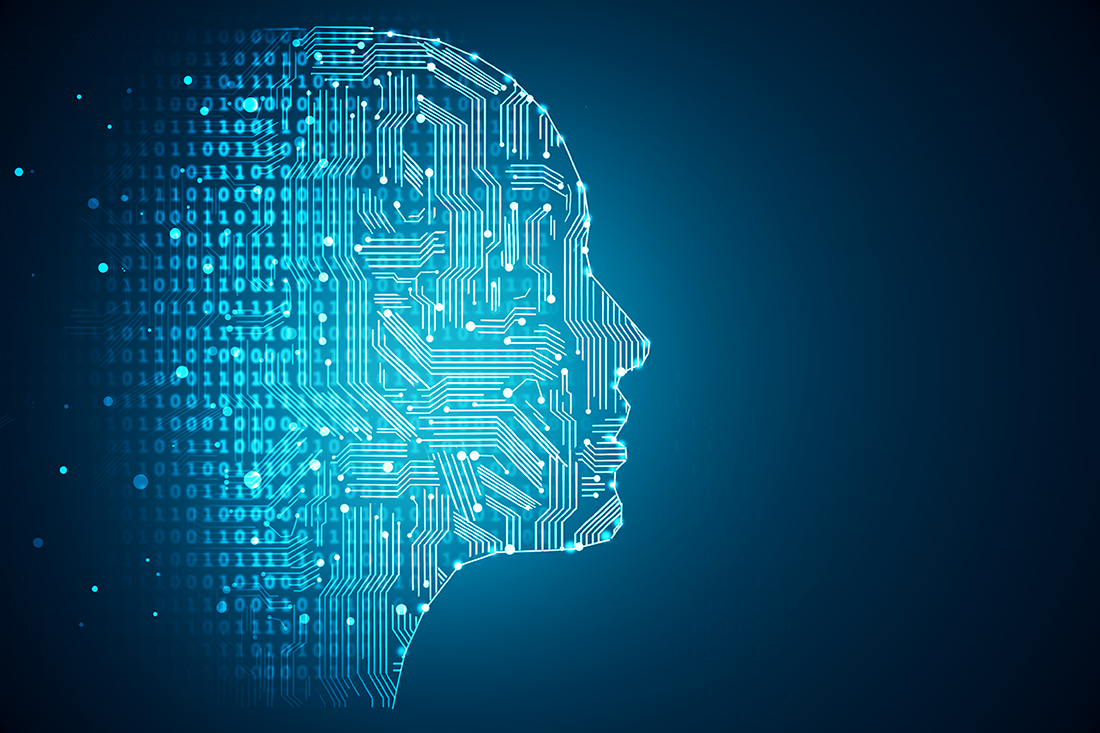 2018 appeared to be a turning point for the European Union in terms of artificial intelligence (AI). In December, the European Commission released a Coordinated Plan on Artificial Intelligence with EU member states. This followed the EU’s earlier decision last year[1]  to increase investment in AI by at least euro (EU) 20 billion under its research and innovation programme Horizon 2020. Meanwhile, China has become a key player on the global AI scene. Since 2015, the Chinese Government has been extremely proactive in establishing AI initiatives. The State Council released a national strategy on AI in July 2017, with the aim of making China the industry’s world leader by 2030. Alessio Petino from DEVELOPMENT Solutions (DS), tells us more about China’s plans for funding its AI industry.

Funding is a central part of China’s State Council’s national AI strategy. The 2017 plan proposed a “forward-looking ‘1+N’ funding project cluster strategy” for AI—establishing ‘1’ new megaproject focusing exclusively on new generation AI; and including several ‘N’ tasks and topics relating to AI in pre-existing national funding programmes. The strategy aims to create a synergic funding support mechanism linking together basic research with application, demonstration and commercialisation of AI technologies. This means it will be government-guided but market-driven, with each actor having a precise role.

Implementation of the ‘1+N’ funding strategy for AI

Eighteen months later, the ‘1+N’ funding strategy has already led to noteworthy developments within the five main pillars at the core of China’s national innovation funding system. These five areas are as follows:

In October 2018 the first annual call for the New Generation Artificial Intelligence Megaproject was made. A total of Chinese yuan (CNY) 870 million will be allocated to support up to 39 projects in the areas of new generation AI, key technologies, and smart chips and systems. 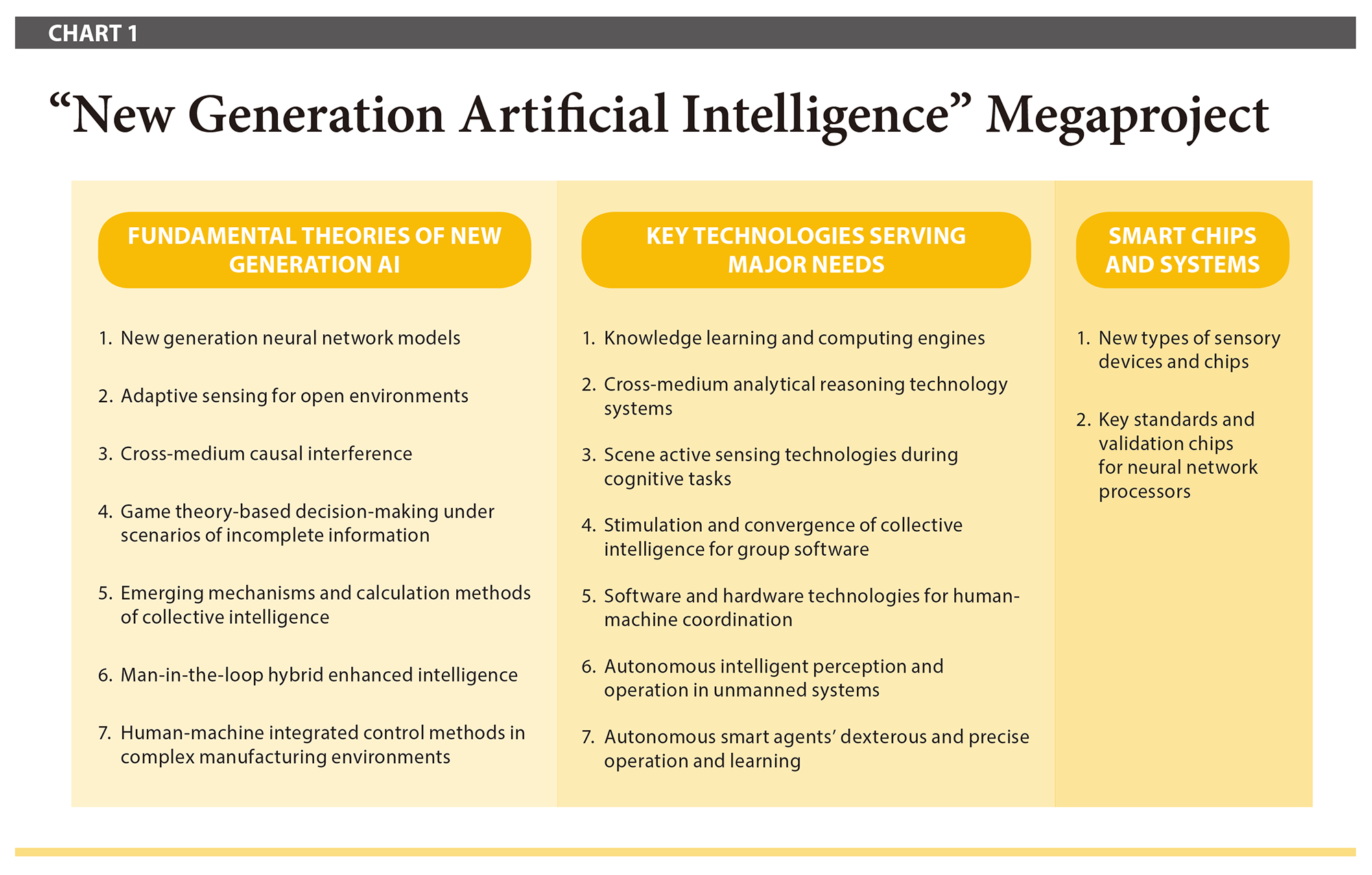 Basic and applied research proposals in AI in 2018 (in areas such as machine learning, pattern recognition, cognitive neurosciences, as well as cross-disciplinary studies in mathematics and education) became eligible for funding from the National Natural Science Fund. The NSFC also launched a major research project the same year on Fundamental Theories and Key Technologies for Coexisting-Cooperative-Cognitive Robots (‘Tri-Co Robots’). This explicitly encourages joint proposals with internationally-leading scientists in the field of robotics. 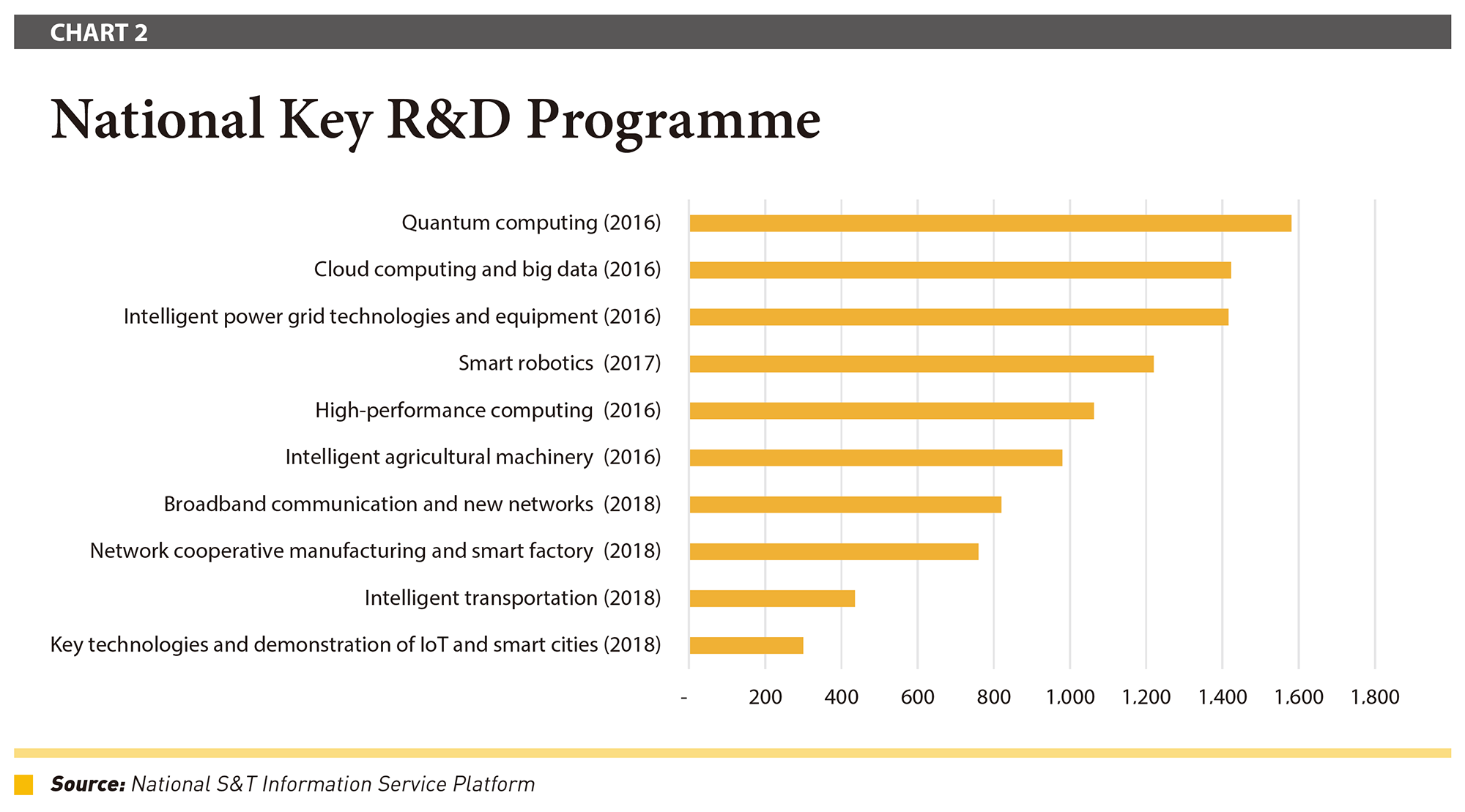 Infrastructure and platforms for developing AI technologies and talent started to appear across the country. These were concentrated in three main directions:

China’s ‘1+N’ funding strategy for AI is also backed by vast investments in tech start-ups, both by government-guided funds (e.g. the Technology Innovation Guiding Fund, with CNY 290 billion) and by private actors. These are led by BAT, and followed by extremely active PE/VC firms, both Chinese — such as Sinovation Ventures, Cash Capital, Legend Star,Zhenfund—­ and foreign, such as Sequoia Capital and Intel Capital.

Several local administrations across China are replicating the central government efforts. By the end of 2018, 13 out of 31 provinces, direct municipalities, autonomous regions (see map)) in Mainland China had released their own strategies and policies for the development of AI. The provinces roughly correspond to the areas where the majority of AI companies (orange-white striped bars in Chart XX) and talent (orange bars) are concentrated.

Beijing’s published policy, the Guiding Opinions on Accelerating Science, Technology and Innovation to Nurture Artificial Intelligence Industries in Beijing, outlined how the country’s undisputed leader in AI plans to invest nearly CNY 14 billion on an AI technology park in Mentougou suburb district. In February 2019, the Beijing New Generation Artificial Intelligence Development National Experimental Zone—the first of its kind in China – was officially announced, to focus on AI talent growth and industry development, and act as a pilot base for institutional reform. It will set up series of ‘no man’s lands’ where innovators will be able to experiment, test and integrate new AI-related technologies and prototypes—with very few regulatory restrictions.

The Yangtze River delta region—with Shanghai at its heart—is also aiming to become a global hub for AI. The Implementation Measures for Accelerating the High-Quality Development of Artificial Intelligence in Shanghai (September 2018) policy discusses significant increases in support for enterprises that conduct R&D and related activities on AI. This will be mainly done through a CNY 100 billion guiding fund, and credit funds by local financial institutions. All these ‘N’ measures complement the Shanghai AI Innovation Development Special Programme, which annually funds dozens of R&D, application and commercialisation projects (83 projects were funded in 2018—including three to Sino-foreign joint ventures—each receiving around CNY 3 million).

The Pearl River delta, led by Shenzhen, is also emerging as a key AI hub in China – though lacking the pools of talent, institutional knowledge and start-ups Beijing and the Yangtze River Delta enjoy. In line with the Plan for the Development of New Generation AI in Guangdong Province (August 2018), the provincial government established its own version of the ‘1+N’ funding strategy: the Provincial Key R&D Programme in New Generation AI will grant CNY 5 to 10 million to around 20 projects in 2019, while other existing programmes (e.g. the Guangdong Industry Development Fund) will add other ‘N’ AI-related tasks. These will complement incentives and subsidies offered by local municipal administrations, e.g. Shenzhen subsidies for enterprises replacing their equipment with robots.

In the State Council’s national strategy, there is no mention of opportunities for international enterprises or research structures to participate in Chinese funding programmes. Only a few world-renowned international talent and teams stood to benefit from national funding through the ‘Thousand Talents Plan’, in particular in the fields of neurocognition, robot learning, and auto-piloting vehicles.

What the strategy does encourage is the establishment of AI R&D facilities in China, and cooperation with Chinese domestic actors on AI research (Microsoft probably offers the best example, with joint key laboratories established with the Ministry of Education and the Harbin Institute of Technology, and with Shanghai Jiaotong University).

At the local level, several municipalities and provinces have established ad hoc funds for this purpose. One example is the Shanghai Special Fund for Encouraging the Development of Foreign-invested R&D Centres and Regional Headquarters, which offers several types of financial support to MNCs establishing (or upgrading) a base in Shanghai.

Chinese incubators and accelerators are also starting to target foreign AI start-ups. In December 2017, COMB+ (known for its joint accelerator with Finnish Pivot5) announced the establishment of a 65 million EUR fund for AI start-ups wishing to enter China.

European companies and innovators, therefore, in addition to a large and growing pool of AI talent, can also benefit from several funding programmes and incentive schemes offered by Chinese administrations—though those at the local level currently appear more accessible.

* This article is based on a much more detailed and comprehensive study commissioned and financed by the European Commission under the project Improving EU Access to National and Regional Financial Incentives for Innovation in China. The free study, completed in December 2018, can be accessed on the project’s website: http://chinainnovationfunding.eu/china-funding-artificial-intelligence/