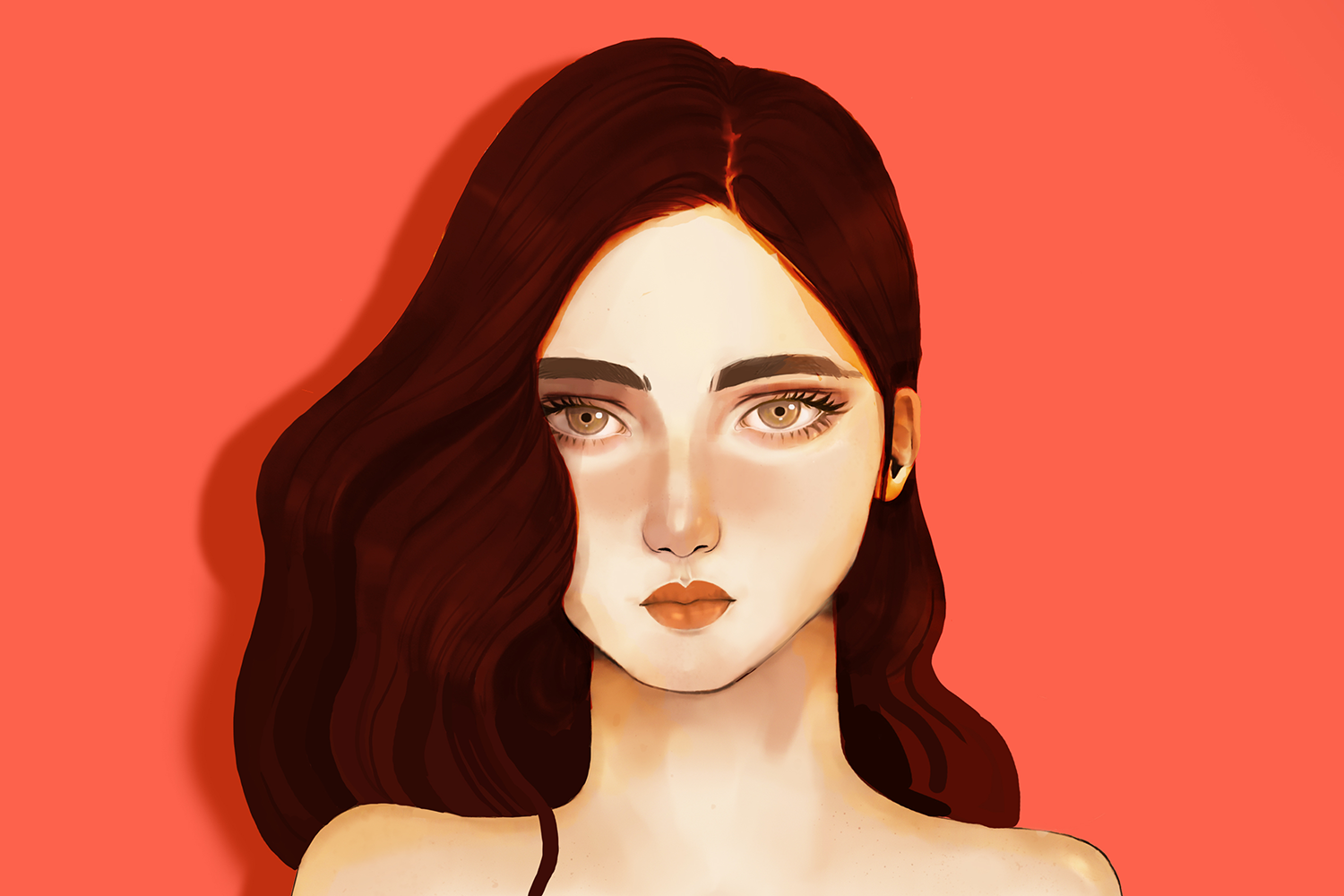 In China, the marriage rate is declining and the age at which people first tie the knot is going up, suggesting that the institution is losing its allure for the youth. This group, mainly born after 1985, also has a reputation for being happier spending instead of saving. As increasing numbers remain unfettered by marriage, they become a crucial force in fostering new consumption trends. Tracy Chen, the European Chamber’s Publications Coordinator, gives us an insider’s account of what makes her peers tick.

Born in 1991, I am one of the post-90s generation. I am single and have no plans to get married anytime soon.

In my spare time, I like watching Netflix series, going to gigs and exercising.

In recent years, I travelled two to three times a year, with at least one of those trips abroad.

I am allergic to cats’ fur, but I am still jealous of my peer Andrew who owns two. ‘Having dogs and cats when you are young’ (年纪轻轻 猫狗双全) has become a symbol of financial success for many young people because the costs of raising pets can be surprisingly high. Andrew lives with his girlfriend and is an enthusiastic fan of Dyson, Delonghi and Xbox products.

It came as quite a shock to me when I found that our hobbies and consumption needs are all precisely reflected in a survey recently conducted by the Sinolink Securities Consumption Research Centre. [1] Titled China’s Rising ‘Singles Economy’ Stimulates New Consumption Trends, their survey results are based on 2,000 young unmarried adults born in the 1985 – 1995 period.

Data shows that the number of single adults in China reached 220 million in 2017, making up 15 per cent of the total population.[2] The ever-increasing group of singles has given rise to China’s ‘singles economy’.

According to the survey, young singles are more willing to consume as they do not have family responsibilities or the financial burden of raising children. Their spending is basically to meet their own needs to save time, please themselves, seek spiritual comfort or achieve self-improvement. This means convenience stores and online shopping (with delivery to the consumer’s door) will see consumption rates rise. The popular Chinese social media concept of ‘looking good with an interesting soul’ will drive consumption of cosmetics, tourism, household appliances, pet care and vocational training. Sinolink Securities also predicts that e-sports, animation, comics and videos will become essential elements of singles’ consumption.[3]

Four of the industries in line for a ‘singles’ economy’ boost will be explored in this article.

Travel: to cultivate an interesting soul

One of the main reasons young singles travel is to immerse themselves in another living environment for a while with the hope of finding balance between body and mind. In other words, this is a spiritual need and a life experience. Therefore, the survey does not see a big difference in the travel frequency of young singles living in different tiers of cities. Whether they live in China’s biggest and most developed cities, or in the less well-known third- to fifth-tier cities, all travel once or twice per year, despite the big gap in income.[4]

Aside from money, their desire to get on the road is far less restricted by time as well. Young travellers now are happy to use their annual leave to travel during the off-season, so they can spend less and enjoy less crowded locations. Even having a travelling companion is not as important as before. The number of people travelling alone rose by 10 per cent in 2018, according to the Chinese online travel service provider Tuniu.[5]

The boom in the cosmetics industry can be seen as a direct result of Chinese youngsters’ pursuit of being ‘good-looking’. Unlike their parents, the new generation first gained access to cosmetics in high school or even earlier. Once the habit of using cosmetics is formed, it can last a lifetime.

Not only has the industry’s ‘lifespan’ has been extended, customers’ needs for cosmetics and skin care are becoming increasingly diverse and specific. For example, a beginner might only want BB cream to adjust skin tone, while an experienced user would need primer, foundation, concealer and setting powder for a flawless finish.

Males are no exception in investing more in their appearance. Statistics released by Alibaba’s Tmall indicate 2018 sales of men’s grooming and cosmetic products grew at an average annual rate of 56 per cent. Year-on-year (y-o-y) growth of male cosmetics sales alone reached as high as 89 per cent.[6]

Beautifully-designed household appliances are good, but better in miniature

Customers’ pursuit of beauty is not limited to their own appearance, but also expands to the household appliances they buy. Appliances with a sharp and minimalist design, such as those by Muji, or in a modern industrial style like Dyson products, are in vogue among young singles. This reflects the aesthetic standards among the youth of today.

Another significant trend is miniaturisation. Daily necessities are being produced in smaller sizes to cater for solo use, and these mini products are becoming increasingly popular. For example, over the last 10 years, sales of mini-microwaves increased by 970 per cent, mini-washing machine sales by 630 per cent, and sales of personal hot pots by 200 per cent.[7]

An animal is a way to compensate for the loneliness of being single. Knowing that their pets are waiting for them to come home is also a spiritual comfort for young people after a long day of stressful work. Even when young people find love, Chinese couples tend to delay marriage and children due to the associated costs and responsibilities. A pet has therefore become a perfect substitute for children, as dogs or cats will not significantly change the lives of their owner while still creating a family atmosphere. 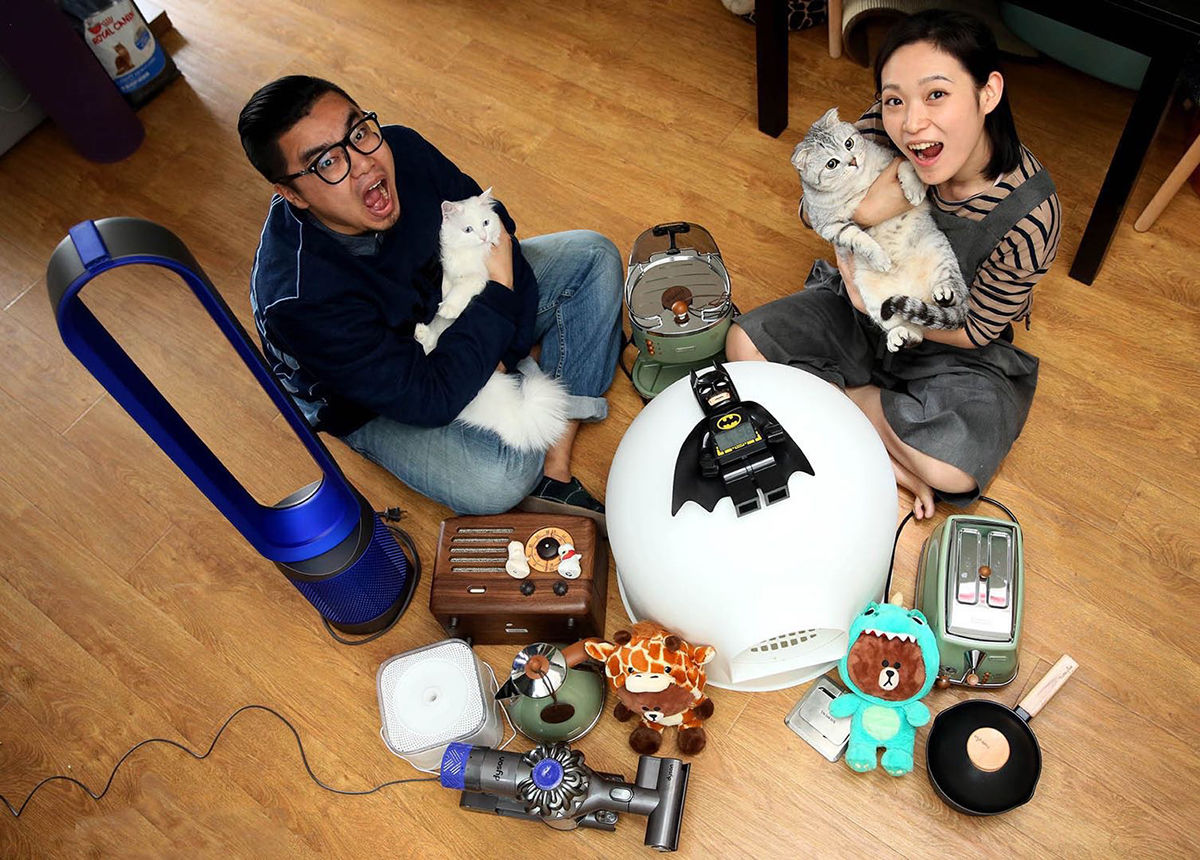 Andrew and his girlfriend holding their two cats at his apartment in Beijing. The young couple personalised the cats by naming them Zhipeng and Haiyang.

As owners treat their pets as a family member, they spend more on making sure the animals are in good health. Spending on pet care—such as health checks, vaccinations, vet bills—grew by 15 per cent in 2018, indicating a upgrade of consumption in this industry.

Looking back at 2018, total consumer goods retail sales grew by nine per cent year-on-year to CNY 38.1 trillion, though that was still a 1.2 per cent drop compared to 2017.[9] In the first four months of 2019, the growth rate slid further to eight percent.[10]  However, high-speed growth can still be found in the abovementioned industries. Although the business opportunities in these sectors are not necessarily a panacea for the economic slowdown, it definitely shows us where the future lies.